Fire Station #7 was opened in July of 1921 at 601 S Lewis. It is unknown who the architect was for the original station as I was unable to find those blueprints.

The second Fire Station #7 was also built at 601 S. Lewis Tulsa, Oklahoma. It is the first of two Streamline Art Deco Tulsa fire stations designed by Joseph R. Koberling. According to the original blueprints dated 4-24-42, this station was ‘to be erected’ at 6th and Lewis. It was another 5 years until this station was actually built. For some reason the station was not built until 1947 per revised blue prints dated 8-18-47. Both of Koberling’s fire stations were built diagonally on a corner. His other station is at 36th and Lewis and is a very similar but mirrored plan.
Fire Station 7 was remodeled and updated in 1966 by architect Russell L. Magee. I was tickled by the architects notes in the blueprints which instructed that the AC units be removed with caution because they were the property of the firemen! Part of this remodel/update included a rooftop mounted heat and air unit. The hosetower survived the remodel. The half circular screened porch was fully enclosed at that time.

The original, first, Fire Station #7 was razed in the early forties and Koberling’s station was built on the same location as this Sanborn Map comparison will show.

Sanborn Maps 1923 and 1962 prove that the there have two different structures on this location and not a remodel as some think.

According to the 1998 history book, fire station #7 was remodeled in 1948. That’s not possible. The 1921 station shown in the first photos was NOT remodeled to the station you see in the second photo in 1948. Not possible.  The history should read that Koberling’s Station #7 was in service by 1948 likely. 😉
I LOVE Sanborn Maps! I use them all the time in my Oklahoma Houses By Mail research.  I love reading blueprints, you learn a lot from reading them.  I spent several hours pouring through fire station blue prints when I did this research back in summer of 2008!

As you can see Koberling’s Fire Station #7 is obviously not a fire station any longer. It is a landscaping architect firm. Howell & Vancuren  It is a beautiful example of one of Tulsa’s Streamline Art Deco buildings.

Do you like old houses?  This project lead to another!  Read about my research on houses here.  Or on facebook here

FIREBIRD is a 6’X6′ steel sculpture and was commissioned for station #30 in 1975 per city ordinance 11339.   The artist is James Michael Kelley. The Firebird was the second work of art that was commissioned for a fire station in accordance with Ordinance 11339 mandating one percent of building costs be budgeted for civic art.  The purchase price of this piece in 1977 was $2,900.

Mr. Kelley was born in Ardmore, Oklahoma in 1934. Following graduation from Will Rogers High School in Tulsa he attended Stetson University in DeLand, Florida on the basis of his record at Rogers High School. He graduated from Oklahoma State University in 1956 with a Bachelor of Fine Arts degree. He taught briefly at Roosevelt Jr. High before entering the army in 1957. After a short stint in the army he returned to OSU to work on his master’s degree. He also taught at Sapulpa, Wilson Jr. High and then his alma mater, Will Rogers High School. He continued working on his master’s at Tulsa University concentrating on sculpture and taught adult education courses at Philbrook Art Museum and Okmulgee. In 1961 he was named head of the education department at Philbrook Art Center. An article in the Tulsa World in January of 1965 places Mr. Kelley as the professor of art at Wesleyan College in Macon, Georgia.

From what I could find when this research was done in 2008 he resides in Tahlequah where he owns a sculpture business, James Michael Kelley Incorporated.

Special thanks to the Philbrook Art Museum in Tulsa for the use of their research library back in the spring/summer of 2008 where I was able to compile all of this information after pilfering through many articles and files over several days. It was a lot of fun!

Visit my other blog about mail order homes while you are here! Oklahoma Houses By Mail and also on Facebook since October 2009.

The Tulsa Fire Alarm Building was  built in 1931 and is located at 1010 E. 8th St. It was completed and in operation by the end of 1934 and used until 1981. This Art Deco building was built in the PWA style that employed many Americans during the depression as architects, designers and construction labor for public buildings. After it closed in February of 1981, when the alarm office moved to 600 Civic Center, this building was left vacant and fell into disrepair until purchased by Martin Newman, chairman of the Tulsa Preservation Commission. In 2000, the American Lung Association of Oklahoma purchased the building for its new headquarters. Five years later and after a five million dollar fund raising campaign the renovation was complete.

On September 2, 2003 the Tulsa Fire Alarm Building was listed on the National Registry of Historic Places.

Dragons are a recurring motif in the extensive terra cotta frieze program of this historic art deco wonder.

The front entrance to the Tulsa Fire Alarm building features a terra cotta detail over the doors. The center figure is an Adonis type male. In his hands are Gamewell alarm tapes. Gamewell was the alarm system used at the time by the city of Tulsa Fire Department. He is flanked by two firefighters in helmets.

Inspired by Mayan temple designs, architect Frederick V. Kerschner is credited with the award winning design of the Tulsa Fire Alarm Building. Kerschner also designed the Union Bus Depot, northeast corner of 4th and Cincinnati, which has been demolished.

Another recurring motif in the extensive terra cotta frieze program is that of fire hoses, serpents and dragons and the ever popular firefighter tool the pick head axe. This motif encircles the entire lower level of the ‘temple’.

The cornerstone can be found on the northwest corner of the building. It shows the date erected, 1931. The architects were Smith and Senter who partnered from 1928-1933. Both men were prominent Tulsa architects at the time and contributed a lot to the designs of buildings in Tulsa.

Visit my other blog about mail order homes while you are here! Oklahoma Houses By Mail   and also on Facebook since October 2009. 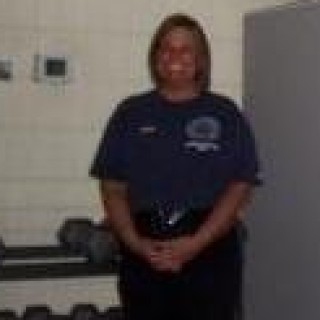